Both her grandmother and her great grandmother were ikebana (flower arrangement) artists and she has been learning kimono dressing and the tea ceremony since she was a child at her house from her mother. She studied European History and culture at the Japan Women’s University before starting teaching.. 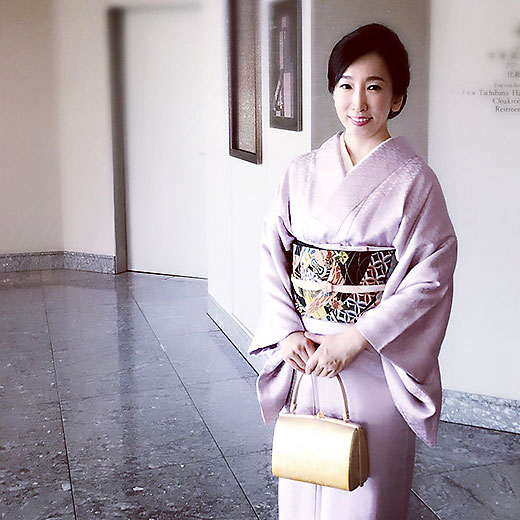